3 Food Myths That Are Keeping Us Fat: What Science Knows Today about Eating Better and Losing Weight 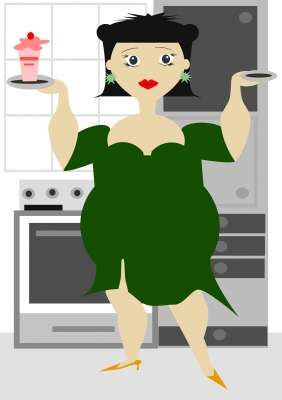 A lot has changed in nutritional science in just the last 15 years. Beliefs about diet that were widely accepted are now open for debate and some have been shown to be food myths. Previous scientific studies  are being  scrutinized under the light of what is known today and their past conclusions have been found to be flawed1.

So here are a few false ideas that need to be put to rest once and for all:

Food Myth #1: Diet soda is better than regular soda because it has 0 calories.

In my blog post “Why You Should Finally Abandon Artificial Sweetners” I discussed this issue. Here are the main points:

-Diet sodas don’t do what they promise: Studies on humans and animals show that artificial sweetners are just as bad or worse than natural sugar in trying to control weight2. They create a guilt-free feeling so people over-indulge. This causes the palate to become used to ever-increasing sweetness in the diet.

–Artificial sweetners in diet sodas are addictive: It’s not your imagination when you have one diet soda and then want another, finding it hard to stop. A study showed that when rats were offered diet sugar or cocaine (both light up the same region in the brain that perceives pleasure) 94% chose the diet sugar3.

–Artificial sweetners change your brain chemistry and your metabolism: They trick our brain into thinking it’s eating real sugar. Your body then triggers its normal response to that by increasing insulin, its fat storage hormone. This insulin increase slows down your metabolism, in turn making you hungry more often, essentially for more sugar and carbohydrate-dense foods (like pasta,          bread, pizza). These foods are responsable for belly fat. It’s ironic, but often times those who consume the most diet foods (mainly diet sodas) are those who are overweight or even obese. And they have a hard time giving them up.

This is the old calories-in-calories-out theory. Let’s say your ideal amount of calories per day for your age and ideal weight is 1800. This food myth would assume that whether you consume it in mountains of Nutella or through a balanced, varied diet doesn’t really matter, as long as you don’t go exceed your target amount of calories. However, though we instinctively know this is not true, we don’t always follow out instincts.

Scientists know today that the type of calories you consume is just as important (some say even more important) than the actual number of calories consumed, within reason. For example, nutritional scientists now know that a diet high in carbohydrates and sugar and will trigger fat storage in the body. On the other hand, a diet with adequate amounts of protein and healthy fats will encourage fat burning in the body4, 5.

Therefore, it is not exclusively the amount of calories that you eat that contribute to weight gain, but the type and quality of calories and whether or not they are high in nutrients. Highly processed foods devoid of nutritive value will only leave you craving more food.

All Calories Are Not Created Equal

Food Myth #3: Lose Weight Slowly or You’ll Gain It All Back

I could have sworn this was true! All nutritional scientists agree you need a healthy strategy that can be sustained over time so that you’re not starving and tempted to binge. However, they also agree that getting a jump start by losing more than a 1lb per week actually resets your hormones and brain chemistry which then gives you an advantage to make more sustainable changes as time goes on. You achieve this by clearing out all junk food and excess sugar in the diet. The rapid results you’ll get at the beginning will encourage you to stay with the changes as time goes on.

Do any of these myths surprise you? Did you already know about them and, if so, have you made changes in the way you eat as a result?

Dementia and Alzheimer’s Disease: Why You Should Be Concerned No Matter What Your Age
Next Post: Fat Doesn’t Make You Fat. Sugar Does.